Imagine yourself standing on a beach at 6:55am. The cool dawn envelopes your senses and the damp sand to which your toes clutch feels like your only shelter. You are wearing a wetsuit, goggles and a swim cap, and though you are sharing your experience with about 2000 others, little comfort is to be found in their camaraderie. Over the next 5 minutes your heart will settle higher and more squarely in the back of your throat until a cannon blast will signal the start of your journey, a “race” beginning with a swim of 2.4 miles, followed by a bike ride of 112 miles and a 26.2 mile run.

Welcome to the swim portion of the Ironman triathlon (IM). Between 2001 and 2012, I raced 15 of these events, finishing 14 of them and becoming accomplished enough in that time to qualify for and compete on three occasions in the world championship event held in Kona, Hawaii, each October — the one you see on TV with all the inspiring human interest stories. While I lived the life of an amateur triathlete, I began to recognize that the swim portion of the event, which strikes fear equally in the hearts of the seasoned, the noobasaurs and those aspiring souls considering a dive into the sport, lent its lessons well to my growing career as a mortgage loan officer. Here are six concepts I encountered in the water:

Back in “the day,” all Ironman races had mass starts. That meant everyone; pros, amateurs, men and women, crashed forward together at the sound of the gun. Over time, race directors have migrated towards wave and rolling starts to lessen anxiety and congestion, and to limit physical contact and risk of panic attacks and water rescues. I don’t have a problem with their logic but I am grateful that I competed mostly during the mass start era. Like in business I found that having a plan and a honed response to the inevitable challenges gave me a slight edge. I was able to view the adversity piece as an opportunity, and for a guy who had zero swimming background and who took up the sport at 30-years old, I needed every fair and legal advantage I could get. 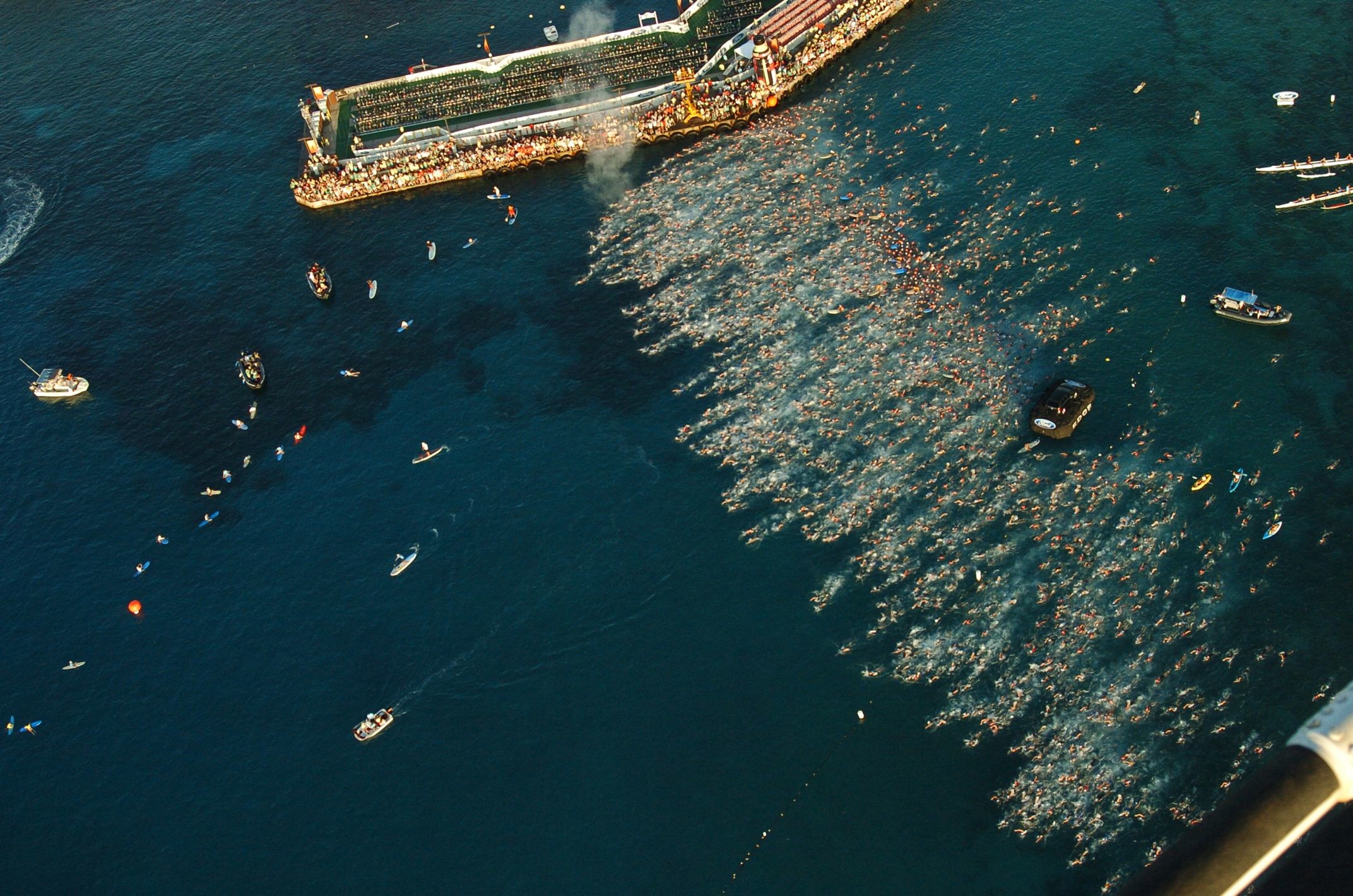 Where else in our personal lives do we learn valuable lessons that carry over to our business? I’m sure if you look, you will realize the opportunities exist just about everywhere. And I’ve found that when we seek to enrich one part of ourselves through any pursuit born of passion or desire for excellence we often touch the rest in the process. How ’bout you?

One too many personal opinions on my professional blog... Husband, father, t-ball coach, mortgage salesperson, erstwhile Ironman triathlete and glam metal guitarist. Who says you can't have it all? View all posts by Rob Spinosa